Told by an aged narrator looking back on his youth, this is what I would call a well-written "sweet" book. Noah "Noe" Crowe left the seminary after a crisis of faith but comes to live with his ... Read full review

I loved this book: all the words; all the images; the ageless allure of the coast of Kerry; approaching the matter the Fahean way, by coming at the thing the long way round; the day the rain started; the day the rain stopped, eccentricity being the norm. I LOVED THIS BOOK. “O now!” Read full review

Niall Williams was born in Dublin in 1958. He is the author of nine novels including History of the Rain and Four Letters of Love, for which he has recently completed the screenplay. Mark Rylance (Bridge of Spies, Dunkirk) will star and Kevin Loader (The Death of Stalin, Nowhere Boy) will produce. He lives in Kiltumper in County Clare. niallwilliams.com 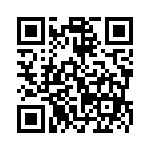