This is not a work of literary genius and I love it all the more for that; basically, Tiffany decided that being illiterate until high school is no reason to think she couldn't write her own ... Read full review

I'm sure if I read this on paper I would not have enjoyed it as much as I did listening to Haddish read it as an audiobook. She's not always likable, but she can be pretty damn funny at times. She lightened up an otherwise unpleasant road trip to a funeral. Read full review

Tiffany Haddish is a comedian, actress, and producer who was the breakout star of the smash comedy Girls Trip, where she appeared as the scene-stealing “Dina” alongside Jada Pinkett Smith, Queen Latifah, and Regina Hall. Her additional film and television work includes The Last O.G., Night School, The Carmichael Show, Keanu, and a turn as host of the 2018 MTV Movie and TV Awards. Her debut stand-up special, Tiffany Haddish: She Ready! From the Hood to Hollywood, debuted on Showtime in August 2017. In November 2017, she made history by becoming the first black female stand-up comedian to host Saturday Night Live. She currently lives in Los Angeles. 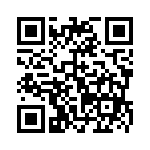