An interesting, light, but fun read. This is a sequel (or continuation) of the story begun in "The Last Hours" - which needs to be read first due to character development and storyline. The author is ... Read full review

This is the sequel of THE LAST HOURS. It is some time since Lady Anne's husband died outside the walls of his estate from the Black Death. Since then no one has been allowed to enter the walls of ... Read full review

British mystery writer Minette Walters began her literary career as a sub-editor at a romance publishing company. She wrote short stories and romance novels for a time before turning to writing mysteries. Her first mystery novel, The Ice House (1992), won the John Creasy Award for Best First Novel. Later novels have also been award winners. Scold's Bridle won a CWA Gold Dagger and The Sculptress (which was made into a BBC television play) won an Edgar Award. 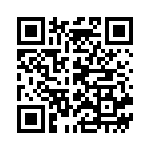