I don't know when I have been so disappointed in a book. This book won the Scotiabank Giller Prize in 2019, chosen from a short list that included Small Game Hunting at the Local Coward Gun Club by ... Read full review

This novel is uniquely structured. The first part alternates perspectives between Felicia Shaw and Edgar Gross. Their mothers are sharing a hospital room. Felicia is a nineteen year old recent ... Read full review

IAN WILLIAMS is the author of Personals, shortlisted for the Griffin Poetry Prize and the Robert Kroetsch Poetry Book Award; Not Anyone's Anything, winner of the Danuta Gleed Literary Award for the best first collection of short fiction in Canada; and You Know Who You Are, a finalist for the ReLit Prize for poetry. He was named as one of ten Canadian writers to watch by CBC. Williams completed his Ph.D. in English at the University of Toronto, mentored by George Elliot Clarke, and is currently an assistant professor of poetry in the Creative Writing program at the University of British Columbia. He was the 2014-2015 Canadian Writer-in-Residence for the University of Calgary's Distinguished Writers Programme. He has held fellowships or residencies from the Banff Center, Vermont Studio Center, Cave Canem, Kimmel Harding Nelson Center for the Arts, and Palazzo Rinaldi in Italy. He was also a scholar at the National Humanities Center Summer Institute for Literary Study and is a judge for the 2018 Griffin prize. His writing has appeared in several North American journals and anthologies. 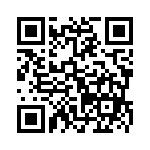