JESSICA TRACY is professor of psychology at the University of British Columbia in Vancouver, Canada, where she also directs the Emotion & Self Lab. She received her Ph.D. from the University of California, Davis, in 2005. Her research focuses on emotions and emotion expressions, and, in particular, those emotions that are most intricately intertwined with our sense of self: pride, shame, and guilt. She has coedited two academic volumes, The Self-Conscious Emotions and The Psychology of Social Status, and has published over eighty journal articles, book chapters, and theoretical reviews in psychology and interdisciplinary science journals. Winner of the James McKeen Cattell Dissertation Award from the New York Academy of Sciences and of the International Society for Self and Identity Early Career Award, she has had her research findings covered by hundreds of media outlets, including ABC’s Good Morning America, NPR’s All Things Considered, the New York Times, The Economist, and Scientific American. Tracy was born and raised in Washington, D.C., and now lives in Vancouver with her daughter, her partner, and their small dog. 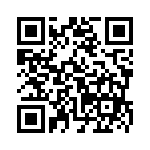