I am a huge fan of Agatha Christie and was eager to read this. However, I was a little disappointed. I'm not sure what I expected, as Christie's writing is descriptive and humorous. Perhaps her ... Read full review

Agatha Christie was born in Torquay in 1890 and became, quite simply, the best-selling novelist in history. Her books have sold over a billion copies in the English language and another billion in over 100 foreign languages. She is the author of 80 crime novels and short story collections, 19 plays, and six novels under the name of Mary Westmacott.

Mathew Prichard is Agatha Christie's grandson and Chairman of Agatha Christie Limited, which runs her business affairs. This is the first time he has been directly involved in the writing of a book about his grandmother. 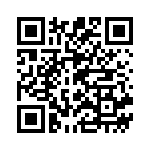