Catharine McKenty grew up on her grandparents' farm, "Donlands," then eight miles outside the Toronto city limits on Don Mills Road. She went in every day to Bishop Strachan School, where she won scholarships in French and German. After taking a degree in English at Victoria College, University of Toronto, she spent four winters as a volunteer in the mining area of post-war Germany with an international group of young people involved in reconstruction. Catharine served as Research Editor for Pace, a magazine for young people, based in Los Angeles and New York, and linked with the international musical group Up With People. Next came a stint as a speechwriter for the Ontario Minister of Education in Toronto. At that time she met her future husband, author-broadcaster Neil McKenty on the dance floor. Catharine worked at the Reader's Digest; she published Polly of Bridgewater Farm: An Unknown Irish Story; worked alongside Neil on the biography of John Main; and with Neil co-authored a best-seller on the early days of Laurentian skiing: Skiing Legends and the Laurentian Lodge Club. 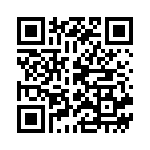