The Midwife of Venice was Roberta Rich's debut novel. This international bestseller was followed by a second novel - The Harem Midwife. And at last the third novel - A Trial in Venice - is here! This ... Read full review

The walls of her cell wept with moisture. If I could keep dry, thought Hannah, cupping her belly, trying to ignore the wet straw bedding poking through her cotton shift.
Only the present matters. I am alive. I have kept myself safe for weeks. By the force of my will and the fierce constitution God has blessed me with, my heart continues to beat. I breathe. My head throbs, but it is still attached to my shoulders. My baby moves within me. My strong, courageous baby. If a boy, I shall name him Daniel, who showed such bravery in the lions'' den. If a girl, I shall name her Esther, in memory of Queen Esther, who saved the Jews from King Xerxes.
Rats scurried across her cheek. Her waste bucket had no lid. Daily she heard the tinkle of silver, the rattle of fine china and the pop of wine corks--noblemen imprisoned for sodomy or debts, consuming the delicacies they paid the guards to fetch them. From the next cell wafted the stench of gangrenous human flesh and the screams of other prisoners.
Unable to endure the wet pallet any longer, Hannah rose and began to clean a wound on her forearm. With the clumsiness of pregnancy, she had fallen and gashed her arm. She poured salt water over it then bound it with the only thing she had: a filthy rag.
The guard Guido pressed his pockmarked face, mouth caved in from lack of teeth, to the bars of her cell.
"Close to your confinement, are you? How long, do you reckon, till the baby comes?"
Guido was no worse than the other guards, but she hadn''t the heart to answer, unwilling to acknowledge she would be giving birth to her precious, long-awaited child on a dirty pallet in a prison, surrounded by leering guards, instead of on clean sheets in a bright, airy room at home, comforted by other women and a competent midwife.
Hannah was imprisoned for the most serious of crimes. Had it not been for her belly, the Doge''s soldiers would have hanged her soon after they arrested her. If she did not die of the plague or starvation first, she would deliver in the spring--scant months away. Once the baby was born, soldiers would drag her from her cell to the strappado. Wrists bound behind her, she would be suspended from a rope thrown over a beam. Weights added to her ankles would intensify the pain, and she would suffer unbearable agony until the breath left her body. Because she was a Jew, she would be quartered, her parts scattered throughout the city. Her baby would be cast into a canal. That is how it was done in Venice.
How distraught Isaac would be if he could see her. If only she could turn into a puff of smoke, drift out the tiny barred window set high in the wall and float back to him.
Isaac. She repeated his name over and over to give herself courage, a caress in this prison of harsh blows on soft backs, of deafening shouts and jeers.
From her linen bag, among a handful of scudi, she fished out the oyster shell button that had once decorated Isaac''s shirt. She remembered a warm, sunny day with gulls wheeling overhead. She and Isaac had been walking on a beach with Matteo and baby Jessica when they found it. She took it home and with an awl and coping saw fashioned a button out of it. Isaac had laughed with pleasure and said how resourceful she was.
Hannah stroked it against her cheek, taking pleasure in its coolness, its tiny ridges. And then she recalled Isaac''s letter and was overcome with a sadness so profound she felt unable to move. What had possessed her to sail across the sea, leaving behind the person who loved her most in the world? She could no longer remember.
This is what she had become: a friendless woman hunched in the corner of a fetid prison cell, back braced against the wall, as she clung to a button.
In spite of Hannah''s sleepless nights and poor food, the baby continued to kick her insides energetically--staying the executioner''s hand. Just as her unborn child protected her, she would protect it, because what is the use of a mother who cannot keep her child alive? And so she forced down the stale bread and thin gruel Guido''s wife, the prison cook, provided her. Bianca was gaunt with washed-out blue eyes and the wishbone legs of a woman who had endured too many pregnancies. At night Hannah wrapped herself tightly to prevent rat bites, and avoided prisoners who suffered from coughing fits and infected sores.
The thought of her own death frightened her. She would be a fool if it did not. But what gave her no peace, made her stomach clench and her mind restless, was the knowledge she had failed Matteo.
Hannah had risked her life--but worse, risked the life of her unborn child. And for what? Matteo might be dead. Strangling a five-year-old would be an easy task. But they needed him, didn''t they?
Or would any little red-haired boy serve their purpose just as well?

In less time than was needed to recite the Shema, the Jewish morning and evening prayer, they had taken Matteo.
The day began like any other. Hannah rose, prepared her son''s breakfast of maize soup and a sweet bun, and then kneaded bread dough and placed it in a wooden trough to proof. When she checked the larder, she found there were no carrots to braise in the pan with the Shabbat chicken. She put on her shawl, fastened Matteo''s jacket around his stout middle, took him by the hand and headed for the market. He skipped along next to her, his chubby legs pumping to keep up.
She strolled past the vendors at the marketplace until she found the stall where she bought her vegetables. One moment she was haggling over a half-dozen aubergines, Matteo''s fingers folded in hers; the next she was racing through packed aisles, knocking over tables laden with fruit, shoving past merchants and housewives, shouting at strangers, "Have you seen my son? Red hair? Five years old? Tall for his age? Wearing a blue jacket with a patch of yellow on the sleeve?"
She hurried to the main road. Perhaps a Gypsy with a dancing bear, or a troupe of acrobats or some other diversion had caught her son''s eye and he had elbowed his way into the crowds, exploring as curious boys do. Perhaps an Arab camel caravan. The Arab drivers were often inattentive--drunk on date wine, dazed from eating opium or exhausted from months traversing the White Desert.
But the road was empty.
Hannah stopped in the spice market; she paused at the stalls of the apothecaries, their carboys filled with leeches. Shielding her eyes against the sun, she pushed her way to the yoghurt vendor, hoping to find Matteo there, begging for a cup of sheep''s yoghurt sweetened with honey.
But there was no small boy among the white-turbaned sellers, no fair-skinned child with a blue jacket among the Gypsies and urchins.
She dodged a worker grunting under a load of bricks and nearly skidded on the entrails of a dead dog. She raced on, sucking for air that would not come, feeling stabs of pain under her ribs. Too many turbaned men pressed into her. Too many veiled women in voluminous skirts blocked her passage. The smells of camel dung, cardamom and rotting fruit overwhelmed her. Shouts of the simit vendors and the colicky cries of donkeys struggling under mountains of firewood rang out. Breathless, she slowed her pace. She would go home and return with Isaac. He would know what to do. They would find Matteo together.
Hannah sped back, dizzy and panting so hard she could barely get out the words to her husband. They searched for hours, then days, then weeks, before they were forced to acknowledge what Hannah had known all along: Matteo did not wander off. He did not slip out of her grasp in a moment of excitement to watch a Gypsy leading a dancing bear or a wandering juggler or a fire eater. What she had most feared, from the moment she realized her hand was clasping empty air instead of Matteo''s hand, had come to pass.
After all this time, they had returned for him. Hannah was a fool to suppose they had given up.
Following several anguished weeks of wakeful nights and tear-filled days, Isaac insisted they get rid of the grey parrot, Güzel. Matteo had not yet mastered the sound of the letter m. Although he could press his lips together with great concentration and say mmm well, he could not couple the sound with a word. So Mama emerged as "Ama." For the pleasure of seeing Hannah burst into tears, the hateful bird would mimic Matteo with cruel clarity, calling from the mulberry tree in the garden, "Ama! Ama! Where are you?"
Isaac hauled the parrot off to the market, where he traded the screeching creature to a jeweller from North Africa in exchange for a lapis lazuli necklace for Hannah.
Hannah and Isaac set about the task of mourning. At night in bed they held each other and wept, neither saying a word. As the Torah said, "The greater the sorrow, the less tongue it hath." But they had no body to wash, no small tombstone in the Jewish cemetery in Hasköy to place a stone on once a year, no one to bring food to their door.
Even Jessica, young as she was, grieved for 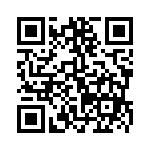