GEOFFREY C. WARD, historian and screenwriter, is the author of nineteen books, including A First-Class Temperament: The Emergence of Franklin Roosevelt, which won the National Book Critics Circle Award, the Francis Parkman Prize, and was a finalist for the Pulitzer Prize. He has written or cowritten many documentary films, including The War, The Civil War, Baseball, The West, Mark Twain, Not for Ourselves Alone, and Jazz.

KEN BURNS, the producer and director of numerous film series, including Vietnam, The Roosevelts, and The War, founded his own documentary film company, Florentine Films, in 1976. His landmark film The Civil War was the highest-rated series in the history of American public television, and his work has won numerous prizes, including the Emmy and Peabody Awards, and two Academy Award nominations. He lives in Walpole, New Hampshire.

LYNN NOVICK's previous directing credits include Prohibition, a three part series on the rise, rule, and fall of the 18th Amendment; Frank Lloyd Wright, a two part biography of the architect; and The Tenth Inning, a four hour sequel to Burns's Baseball, which Novick produced. She also produced his 20 hour series, Jazz. She has received Peabody and Emmy awards. 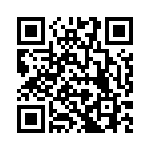