EDWARD J. LARSONis Russell Professor of History and Talmadge Professor of Law at the University of Georgia. He is the recipient of multiple awards for teaching and writing, including the 1998 Pulitzer Prize in History for his book,Summer for the Gods: The Scopes Trial and America’s Continuing Debate Over Science and Religion. His most recent book isEvolution’s Workshop: God and Science on the Galapagos Islands. His articles have appeared in dozens of journals includingThe Atlantic Monthly, Nature, The Nation,andScientific American. 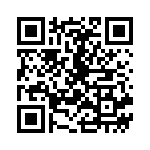