President Kennedy said something during a dinner honoring Nobel laureates about it being the greatest gathering of intelligence in that room since Jefferson dined alone. Mr. Jefferson had a good idea ... Read full review

I picked this up because it was recommended to me as "Jesus without the magic," which it turns out is not quite what it is (nor quite what I was interested in). But like any "best of" list, the most ... Read full review

Thomas Jefferson(1743-1826) was the third president of the United States, the author of the Declaration of Independence, and the founder of the University of Virginia. Among his proudest achievements was his Bill for Establishing Religious Freedom, passed by the General Assembly of Virginia in 1786, which became the first law of its kind in the United States. Also a noted architect and naturalist, Jefferson designed and built his home, Monticello, near Charlottesville, Virginia.

Forrest Church(1948-2009) served almost three decades as senior minister and was Minister of Public Theology of All Souls, a Unitarian Universalist congregation in New York City. He was educated at Stanford University, Harvard Divinity School, and Harvard University, where he received his Ph.D. in early church history. He wrote or edited twenty-five books, includingLife Lines, Lifecraft, The American Creed, Freedom from Fear, So Help Me God, Love & Death,andThe Cathedral of the World.

During Church's tenure at the congregation, All Souls flourished and its membership more than tripled. With almost 1,500 members, All Souls is one of the largest congregations in the Unitarian Universalist Association today. As All Souls grew, so too did Church's prominence as a public voice for Unitarian Universalism and for social justice. He was a strong proponent of both religious and political liberalism. In 1985, he led All Souls in learning about AIDS and providing direct services to AIDS sufferers. New York reporter Bernice Kanner wrote that year, "The mobilization of All Souls was among the first religious responses to the disease."

Church died on September 24, 2009, following a three-year battle with esophageal cancer, at the age of sixty-one. The staff of Beacon Press mourns the passing of an acclaimed author, a dear friend, and a long-time supporter of our work. 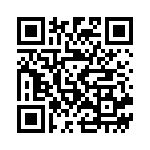