Page 204
For all of these reasons , Crawford was a symbol to his audience of the heroic
western experience . Both on the stage and in his writing , Crawford strove for
accuracy in depicting the West , and , in fact , the West had made of Crawford
himself ...
Page 276
He was also among the nation's most influential image makers , helping to create
a mythic West that continues to baffle and fascinate modern - day historians . But
Crawford's own career , with its failures and disappointments , gives a more ...
Page 347
The Wild West , or , A History of the Wild West Shows . Fort Worth , Tex .: Amon
Carter Museum , 1970 . Rydell , Robert W. All the World's a Fair , Visions of
Empire at American International Expositions , 1876-1916 . Chicago : University
of ... 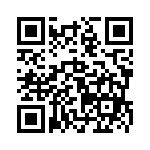