During her last years Margaret Avison wrote an autobiography, published posthumously under the title "I Am Here and Not Not-There." The self-portrait that emerges is very much that of a woman who knew who she was and where she was, and could affirm it without recourse to explaining who and where she wasn't. The title formulation came to Avison during a panel discussion at the Vancouver Poetry Conference in 1963. It remained an artistic credo for her, but on the evidence of the autobiography, was not limited to that. A calm consciousness of her own position seems to have prevailed in all areas of her life, along with a willingness to accept where others were.

Avison was born in 1918 in Galt, Ontario, third and youngest child of Mabel (Kirkland) and H. Wilson Avison, a Methodist minister. The family moved to Regina in 1920 and to Calgary in 1924 before settling in Toronto when Margaret was eleven. She recalls her early childhood as a happy time: her mother played piano, her father sang baritone; there were automobile trips to Banff and further west; she loved the wide-open prairie sky. Margaret's maternal grandfather, joining the household after his wife died, regaled his youngest grandchild with family tales and brought Bible stories to life for her.

The move to Toronto coincided with the crash of 1929. Though the Avisons had security and status, the poverty and gloom of the Depression made themselves felt. During high school, Margaret studied piano and joined the Poetry Club, under the tutelage of a well-loved teacher who famously advised her to eschew the first person singular in her poems for ten years. A three-month hospitalization for anorexia nervosa, on a 30-bed ward of the old Toronto General, awakened populist sympathies', a compassion for the poor and a passion for social justice that would find expression in Avison's poetry and life alike. In 1936 she entered Victoria College at the University of Toronto and took a B.A. in English, then worked, through the war years and after, as a file clerk, proofreader, librarian, research assistant, freelance writer and editor. Early on, she had begun submitting poems to "The Canadian Forum," and attracted the attention of A.J.M. Smith, who included her in his 1943 Canadian poetry anthology.

Avison consciously eschewed a career: short-term or part-time contracts gave her more freedom to pursue her own writing. Commissions included a seventh grade textbook ("History of Ontario," 1951), a ghostwritten autobiography of Dr. A. I. Wolinsky ("A Doctor's Memoirs," 1960) and co-translations of Hungarian poetry and prose with Ilona Duczynska ("The Plough and the Pen," 1963, and "Acta Sanctorum and other tales" by Josef Lengyel, 1966). She never married; she alludes briefly, in the autobiography, to a romantic disappointment, but her deeper regret was not having children. From 1955 to 1956 she worked as nursemaid for a couple with four children, grateful for this window on family life. In 1956-57, a Guggenheim Foundation grant allowed Avison to spend eight months in Chicago working on her poetry. She returned with the manuscript of "Winter Sun," but had no luck finding a publisher until 1960, when a former employer with connections in England placed it there for her. In Canada, the book was immediately acclaimed with a Governor General's Award.

The year 1963 was momentous for Avison. Early in January came the mystical experience that reconnected her with Christianity. While the Bible had always nourished her, she had drifted from churchgoing and fallen into the skepticism of fellow intellectuals. Initially afraid that her new-found faith would displace poetry, she instead found herself brimming with creativity. Eight months later, the Vancouver Poetry Conference brought her together with American poets Robert Creeley, Allen Ginsberg, Robert Duncan, Charles Olson, and Denise Levertov (who later, as editor of a new poetry line at Norton, asked her for the manuscript of "The Dumbfounding"). The conference was still in session when news came of her father's death. Shortly afterward, her mother moved in with her, an arrangement that would last until the former's death in 1985.

Avison's later years included university graduate studies, a two-year teaching stint at Scarborough College, five years of social work at Evangel Hall (a Presbyterian store front mission), eight months as Writer-in-Residence at the University of Western Ontario, five years with the CBC Radio Archives, and eight more as secretary for the Mustard Seed Mission before she retired. Her poetry remained the private but compelling interest it always had been. On the urging of longtime friend Joan Eichner, who became Avison's valued editorial assistant, "sunblue" was published in 1978. No fewer than five collections followed, two of them subsequent to the three-volume "Collected Poems." "No Time" won Avison a second Governor General's Award, and "Concrete and Wild Carrot," the more lavish Griffin Prize. Her involuntary words on accepting the award (This is ridiculous!') sum up how incongruous she found worldly success for the art she had pursued with quiet dedication amid other interests and activities. 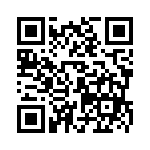