Page 984
Emergency period ” is the period from January 1 , 1974 to December 31 , ( 1976 )
1979 , inclusive . “ Qualifying capital expenditures ” means amounts paid by a
taxpayer during the emergency period for the purchase of items of plant ...
Page 1060
Absent good reason being shown to the contrary , the commission shall , within
sixty days following such hearing , by order direct each such public utility to , over
an appropriate twelve - month period , refund to its patrons an amount equal to ...
Page 1061
Before the expiration of such seven month period , a majority of the members of
the commission serving in accordance with law , acting unanimously , shall make
a final decision and order , setting forth its reasons therefor , granting or denying
... 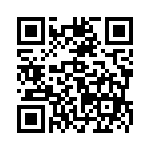