The Palestine-Israeli conflict: a beginner's guide

This publication offers a rare insight into the Palestinian-Israeli dilemma while outlining political, religious, historical, and emotional issues in the struggle for peace. It is unique in ... Read full review 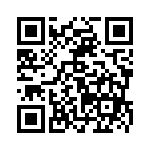