Hans-Michael Bock, General Editor, is editor of the encyclopaedia CineGraph - Lexikon zum deutschsprachigen Film, a reference work for German language film history published since 1984. He is also co-founder and board member of the research institute CineGraph - Hamburgisches Centrum für Filmforschung which was founded in 1989 by the editors of the CineGraph encyclopaedia in order to intensify research of German film history in the European and transcontinental context. 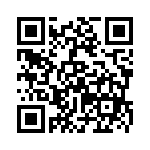