Page 24
He was educated at Oxford , and afterwards travelled in France and Italy . He was an extremely prolific writer , Ritson , In his " Bibliographica Poetica , " has given a list of no fewer than two hundred and fifty - one pieces written ...
Page 183
Educated at Trinity College , Cambridge , he entered the ministry , married Miss Chambers , of Bath , and , whilst a curate in the Isle of Wight , was deeply impressed by reading Wilberforce's ** Practical Christianity .
Page 200
WILLIAM BENGO COLLYER was born at Blackheath Hill , and was educated at Homerton College . He became the minister of a Congregational Church at Peckham , where he was so popular that it was necessary to build a larger chapel , as the ...

112 other sections not shown 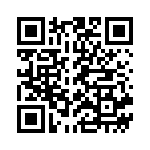