W. Richard (Dick) Scott received his PhD from the University of Chicago and is currently Professor Emeritus in the Department of Sociology with courtesy appointments in the Graduate School of Business, Graduate School of Education, and School of Medicine at Stanford University. He has spent his entire professional career at Stanford, serving as chair of the Sociology Department (1972–1975), as director of the Training Program on Organizations and Mental Health (1972–1989), and as director of the Stanford Center for Organizations Research (1988–1996). Scott is an organizational sociologist who has concentrated his work on the study of professional organizations, including educational, engineering, medical, research, social welfare, and nonprofit advocacy organizations. During the past three decades, he has concentrated his writing and research on the relation between organizations and their institutional environments. He is the author or editor of about a dozen books and more than 200 articles and book chapters. He was elected to membership in the Institute of Medicine (1975), served as editor of the Annual Review of Sociology (1987–1991), and as president of the Sociological Research Association (2006–2007). Scott was the recipient of the Distinguished Scholar Award from the Management and Organization Theory Division of the Academy of Management in 1988, the Distinguished Educator Award from the same Division in 2013, and of the Richard D. Irwin Award for Distinguished Scholarly Contributions to Management from the Academy of Management in 1996. In 2000, the Section on Organization, Occupations and Work of the American Sociological Association created the W. Richard Scott Award to annually recognize an outstanding article-length contribution to the field. He has received honorary doctorates from the Copenhagen School of Business (2000), the Helsinki School of Economics and Business (2001), and Aarhus University in Denmark (2010). 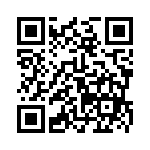