A good old fashioned horror story from the 70's with none off the gratuitous sex and violence offered in so many publications today and sometimes that is no bad thing in fact at times quite refreshing ... Read full review

Part horror, part social commentary (that may be redundant) the story covers a lot of ground in a fairly brief book. It offers a look at people's ties to the land, greed, corruption, pride and a lot ... Read full review

Joan Samson, deceased. Wrote one novel, The Auctioneer, which was published to rave reviews and optioned for a major motion picture. She died of cancer shortly after publication. 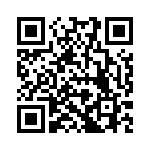