Having been to Ethiopia six times, mostly north and east of Addis Ababa mainly the Afar, with some travel to the south and east, beginning with the first trip in Jan. 1999 when the country was just settling down after the Derg to Feb 2012 and see the tremendous change, I found Paul Henze’ book fascinating. The first part is a bit confusing, going back and forth in time instead of staying in straight chronological order made it a bit difficult to “stay with it.” At the same time, Henze does dig deeply into the history of the country and it's peoples and gives, I think, a very good analysis and perspective of Ethiopia. They are a tremendous and proud people, and even the poorest I have seen are very dignified and very friendly. War and famine and lack of education has slowed this country down, but in the past dozen years, I have seen great steps forward. In our own involvement there, With aid through the Canadian Foodgrains Bank, our local Westlock, Alberta Rainbow for the Future and local Rotary clubs, giving not a hand out, but a hand up in the form of water projects in the Afar and elsewhere, schools and health care, we have seen some very positive advancements to where, many who would be receiving food aid as recently as last year (2011) are now self-sufficient, with food to spare to sell. Tremendous change, and the people there work hard to achieve that. We have seen road improvements and Addis Ababa looks far different than our first impressions in 1999. I most certainly recommend this book to anyone wishing to learn more of the fascinating history of this east Africa nation. 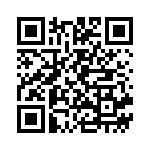