Stephen P. Robbins received his Ph.D. from the University of Arizona. He previously worked for the shell Oil Company and Reynolds Metals Company and has taughtat the University of Nebraska at Omaha, Concordia University in Montreal, the University of Baltimore, Southern Illinois University at Edwardsville, and San Diego State University. Dr. Robbins; research interests have focused on conflict, power and politics in organizations, behavioral decision making, and the development of effective interpersonal skills. His articles on these and other topics have appeared in such journals as Business Horizons, California Management Review, Business and Economic Perspectives, International Management, Management Review, Canadian Personnel and Industrial relations, and Journal of Management Education.

Dr. Robbins is a best-selling textbook author in the areas of management and organizational behavior. His books have sold in excess of three million copies and are currently used by students in more than a thousand U.S. colleges and universities, and have been translated into16 languages. 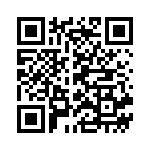