Dr. Dale Dewar is associate professor in the Department of Family Medicine at the University of Saskatchewan, an active member of the International Committee of the Society of Rural Physicians of Canada, a two-term member of the Canadian Friends Service Committee, and former Executive Director of Physicians for Global Survival.

Florian Oelck has a master's degree in International Studies from the University of Ottawa. 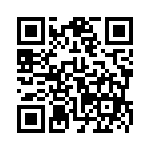