Page 3
They were followers of Lucretius and Epicurus in philosophy , and they were
Epicureans , unfortunately , in the modern sense of the word . They all died early
from the effects of dissipation . Greene was taken ill , and died a month after a ...
Page 22
He is weak , credulous , vacillating , and cowardly - without dignity , and without
sense . He neither preserves his station , nor his authority , nor governs his
people . He is justly despised by his Queen for his want of spirit - to preserve the
rights ...
Page 29
Religious levity is the striking feature of the small portion in any sense theological
in this play . It has numerous examples of the violation of that command , thou
shalt not take the name of God in vain . ' Both Grumio and Gremio , as well as ...
Page 56
less as is our poet's fertility of thought , he seldom avails himself of strictly
religious terms , retaining them at the same time in their pure sense . Once when
he alludes to the - judgment , ' the thought has a mundane turn . The phrases of
religion ...
Page 72
... when he would victimise the innocent to his vengeance . To make the sequel
and the moral consistent with the commencement of his career , Lucius would
perpetrate this fresh cruelty , and Aaron memorialises his sense of religion .
Lucius .
Next »

Page 258 - And, father cardinal, I have heard you say, That we shall see and know our friends in heaven: If that be true, I shall see my boy again; For, since the birth of Cain, the first male child, To him that did but yesterday suspire, There was not such a gracious creature born.
Appears in 648 books from 1767-2008
Page 460 - That ever Brutus will go bound to Rome ; He bears too great a mind : but this same day Must end that work the ides of March begun, And whether we shall meet again, I know not. Therefore, our everlasting farewell take : — For ever, and for ever, farewell, Cassius. If we do meet again, why, we shall smile ; If not, why then, this parting was well made.
Appears in 584 books from 1793-2008
More
Page 434 - tis done, then 'twere well It were done quickly : If the assassination Could trammel up the consequence, and catch, With his surcease, success ; that but this blow Might be the be-all and the end-all here, But here, upon this bank and shoal of time, — We'd jump the life to come.
Appears in 1098 books from 1733-2008
Page 170 - To what base uses we may return, Horatio! Why may not imagination trace the noble dust of Alexander, till he find it stopping a bunghole?
Appears in 621 books from 1798-2008
Page 419 - Still through the hawthorn blows the cold wind ; says suum, mun ha no nonny. Dolphin my boy, my boy ; sessa ! let him trot by. [Storm still. LEAK. Why, thou wert better in thy grave than to answer with thy uncovered body this extremity of the skies. Is man no more than this? Consider him well. Thou owest the worm no silk, the beast no hide, the sheep no wool, the cat no perfume.
Appears in 609 books from 1800-2008
Page 472 - No more, but e'en a woman ; and commanded By such poor passion as the maid that milks, And does the meanest chares.*— It were for me To throw my sceptre at the injurious gods ; To tell them, that this world did equal theirs, Till they had stolen our jewel.
Appears in 463 books from 1709-2008
Page 250 - There is a history in all men's lives, Figuring the nature of the times deceas'd ; The which observ'd, a man may prophesy, With a near aim, of the main chance of things As yet not come to life, which in their seeds, And weak beginnings, lie in treasured. Such things become the hatch and brood of time ; And, by the necessary form of this, King Richard might create a perfect guess.
Appears in 646 books from 1709-2008
Page 186 - Not all the water in the rough rude sea Can wash the balm from an anointed king: The breath of worldly men cannot depose The deputy elected by the Lord.
Appears in 729 books from 1762-2008
Page 360 - But man, proud man ! Drest in a little brief authority, Most ignorant of what he's most assured, His glassy essence, like an angry ape, Plays such fantastic tricks before high Heaven As make the angels weep ; who, with our spleens, Would all themselves laugh mortal.
Appears in 888 books from 1382-2008
Page 161 - Your worm is your only emperor for diet. We fat all creatures else to fat us, and we fat ourselves for maggots. Your fat king and your lean beggar is but variable service, two dishes, but to one table; that's the end.
Appears in 492 books from 1788-2008
Less 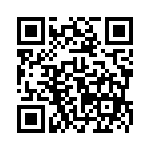