MICHEL VENNE is the associate editor-in-chief of Le Devoir. The author of books and essays and winner of two prestigious awards for outstanding journalism, he was a parliamentary correspondent for many years before taking on his current post.

ROBERT CHODOS is an experienced author and translator who has published widely in the fields of Canadian business, politics, and transportation and of Quebec history. Among his most recent books are The Unmaking of Canada (1991), Lost in Cyberspace? (1997), and Paul Martin: A Political Biography (1998), all co-written with Rae Murphy and Eric Hamovitch, and all published by Lorimer.

LOUISA BLAIR is a native of Quebec City who now work as a writer, editor and translator in Toronto. 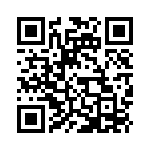