Theodore Fontaine takes us to a place that many of us do not want to go. It is factual, raw and needs to be shared. I commend his personal courage, strength and honesty in writing this book. His ... Read full review

Theodore (Ted) Fontaineis a member and former chief of the Sagkeeng Ojibway First Nation in Manitoba. He attended the Fort Alexander Indian Residential School from 1948 until 1958 and the Assiniboia Indian Residential School from 1958 to 1960. Theodore is a regular speaker and media commentator on Indian residential schools and has presented Broken Circle to more than 250 audiences in Canada and the United States. Following his tenure as chief and a period of service with the federal government, Theodore served as executive director to the Assembly of Manitoba Chiefs for eleven years. He was the lead negotiator for the Assembly in thirty-eight National Employment Equity Agreements to increase the representation of Aboriginal people in federally regulated corporations such as Air Canada, Greyhound Canada, CN Rail, and all of Canada’s major banks and financial institutions. He has worked extensively in the corporate and government sectors and with organizations such as Peace Hills Trust, the Indigenous Leadership Development Institute, the Manitoba Museum, the Victorian Order of Nurses, and Palliative Care Manitoba. He has taught Aboriginal governance at the Banff Centre for Management and Conflict Resolution at Royal Roads University. Theodore graduated in Civil Engineering from the Northern Alberta Institute of Technology in 1973 and received his designation in Real Estate Appraisal in 1975. He lives with his wife, Morgan, in Winnipeg, Manitoba. 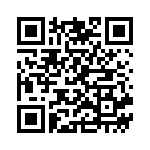