Page 207
remain integral aspects of typical Soviet and Chinese diplomatic behavior, but
the vulgarity, bluster, and rigidity of Molotov or Vyshinsky are for the most part
absent in the diplomacy of their successors. Soviet diplomats appear to have
become ...
Page 208
a framework for analysis Kalevi Jaakko Holsti. Aspaturian, Vernon V., "Dialectics
and Duplicity in Soviet Diplomacy." Journal of International Affairs, 17 (1963), 42-
60. Bell, Coral, Negotiating From Strength. London: Chatto & Windus, Ltd., 1962.
Page 209
London, New York: Oxford University Press, Inc., 1964. , "Diplomacy Then and
Now," Foreign Affairs, 40 (1961), 39^9. Nogee, Joseph L., "Propaganda and
Negotiation: The Case of the Ten-Nation Disarmament Committee," Journal of
Conflict ...

36 other sections not shown 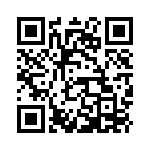