CHRISTOPHER DELISO, an American journalist and travel writer based in the Balkans, has been investigating radical Islamic trends in the region for the past six years, in the process discovering emerging threats and groups that had been obscurely or completely unknown to the outside world. Deliso, who holds a master's degree in Byzantine Studies from Oxford University, is director of Balkanalysis.com, a leading independent Balkan news web site. He also serves as field analyst for the Economics Intelligence Unit, London, on Macedonian politics. His freelance articles on Balkan politics, economics, and security issues have been published widely in the mainstream and alternative media in America and abroad. 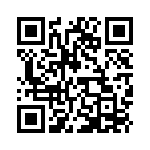