I read this book when it first came out, and now, 54 years later, it was interesting to listen to the audio version of this book and realize that most of the great banking institutions set up by this ... Read full review

Stephen Gardner Birmingham was born in Andover, Connecticut on May 28, 1929. He received a degree in English from Williams College in 1950. Before becoming an author, he worked as an advertising copywriter in New York for Needham Harper Steers. His non-fiction books included Our Crowd: The Great Jewish Families of New York, The Right People: A Portrait of the American Social Establishment, The Grandees: America's Sephardic Elite, The Rest of Us: The Rise of America's Eastern European Jews, Certain People: America's Black Elite, Real Lace: America's Irish Rich, and Life at the Dakota: New York's Most Unusual Address. He also wrote nine novels including Young Mr. Keefe. He died from cancer on November 15, 2015 at the age of 86. 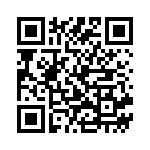