John C. G. R—hl is Emeritus Professor of History at the University of Sussex. His many previous publications include The Kaiser and his Court (1994) which was awarded the Wolfson History Prize as well as the two previous volumes of his biography of Kaiser Wilhelm II - Young Wilhelm: The Kaiser's Early Life, 1859-1888 (Cambridge, 1998) and Wilhelm II: The Kaiser's Personal Monarchy, 1888-1900 (Cambridge, 2004), which have won the Einhard Prize for the biography of a major European figure in 2012. 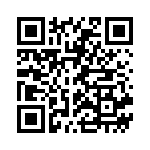