D-Day Normandy Landing Beaches The D-Day commemorations of 2014 were to remember the battles of 70 years prior with the last of those young men who are now in their early 90s at their youngest in ... Read full review

Major and Mrs Holt founded the first organisation to offer battlefield tours to the general public in the late 1970s. Since the 1990s they have been writing their series of guide books, incorporating all that they have learned from their experiences conducting thousands of people around battlefields. This series, designed to serve as companions for travellers, whether sitting at home or physically visiting the battlefields, includes detailed travel directions, military history, fascinating anecdotes and tourist information. The Holts share the writing of their books equally and conduct all their own research, spending many weeks on the ground as they prepare each new book or update previously published titles. 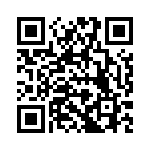