Richard C. Hall, PhD, is professor of history in the department of history and political science at Georgia Southwestern State University. 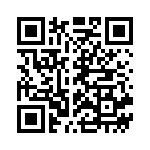