Page 14 - Commission's statement of five things our society needs from its press today: "1) a truthful, comprehensive and intelligent account of the day's events in a context which gives them meaning...
Appears in 216 books from 1941-2007
Page 26 - the deliberate and systematic attempt to shape perceptions, manipulate cognitions, and direct behaviour to achieve a response that furthers the desired intent of the propagandist' (Jowett and O'Donnell 1994: 4).
Appears in 55 books from 1964-2008
More
Page 50 - What persuades men and women to mistake each other from time to time for gods or vermin is ideology. One can understand well enough how human beings may struggle and murder for good material reasons - reasons connected, for instance, with their physical survival. It is much harder to grasp how they may come to do so in the name of something as apparently abstract as ideas. Yet ideas are what men and women live by, and will occasionally die for.
Appears in 8 books from 1991-2006
Page 52 - Whether you like it or not, history is on our side. We will bury you.
Appears in 116 books from 1942-2008
Page 51 - The conflict between the Communist nations led by the Soviet Union and the Western nations led by the United States, fought by all means — ideological, economic, political, and limited military action — short of total war.
Appears in 8 books from 1981-2007
Page 23 - VOA news will be accurate, objective, and comprehensive. "(2) VOA will represent America, not any single segment of American society, and will therefore present a balanced and comprehensive projection of significant American thought and institutions. "(3) VOA will present the policies of the United States clearly and effectively, and will also present responsible discussion and opinion on these policies.
Appears in 80 books from 1949-2007
Page 39 - Symbols distill or synthesize a more complex social and political reality and evoke "an attitude, a set of impressions, or a pattern of events associated through time, through space, through logic, or through imagination with the symbol" (Edelman, 1964: 3). As the currency of the communication process, symbols mediate between macro- and micro-level political behavior. That is, symbols are employed by political elites — that is, politicians, policy entrepreneurs, interest groups, and the media,...
Appears in 14 books from 1960-2005
Less

ROBERT S. FORTNER is Professor of Communication Arts and Sciences at Calvin College in Grand Rapids, Michigan. He has also written International Communication: History, Conflict, and Control of the Global Metropolis (1993). He has taught at Northwestern University, Drake University, the State University of New York at Plattsburgh, and The George Washington University, where he was founding chair of the Department of Communication. He has done international research for the BBC, VOA, the Center for Strategic and International Studies, and has served as a panel member on VOA satellite broadcasting for the National Research Council. 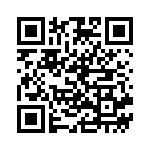