B.s.
Unfortunately the liberal media is even on the app market. Disappointment of a book please do your own research instead of reading this...

Tricia Erickson is a Political Pundit, President of Crisis Management Incorporated and also President of Angel Pictures & Publicity. She is a media, image and political consultant. Additionally, she’s the publisher of the web news site, www.TheConservativePundit.net. Tricia has opined on numerous national television and radio shows on the subjects of all things political, Mormonism, Islam, Hollywood and more. Tricia, as a former Mormon Bishop’s daughter and Mormon wife, went through the cultic, symbolically violent and bizarre Mormon secret temple ceremonies revealed in shocking detail in this book. After she left the church, it took many years to deprogram from the lies, strange ceremonies and strategic misinformation that continues to be fed to all Mormons. The Romney’s continue to attend and participate in these secret temple ceremonies as they are prominent members of the Mormon Church. They also truly believe that Mitt will become a literal god and be awarded his own planet to lord over. As a god, Mitt will have control over where Ann ends up in the afterlife. If he chooses to summon Ann on to his planet, he and Ann will populate their planet with spirit babies that will, at some point, be rebirthed on earth to walk out their own eternal progression to godhood. This is not a joke! Think about it. If the Romneys do not possess the judgment to discern the outrageous deception within their own religion, how can we possibly trust their judgment to preside over our country? While Mitt Romney “says” that he will not run for President again in 2016, his actions beg to differ. Will he run again? Should he run again? He is certainly following the same game plan that was enacted during his 2012 run of both raising money, and donating his own money to Republican candidates, with the anticipation of reciprocation down the road. And if Mitt doesn’t run again (I believe that he will), he has padded the pocket linings of so many Republican candidates and officials that he will certainly wield control. Under Barack Obama’s leadership, our country does not even resemble what our forefathers fought for in order that we, as a nation, could prosper and enjoy life, liberty and the pursuit of happiness. This nation cannot afford to make another mistake in 2016. It is imperative that we place a sound minded leader in the Office Of The Presidency, and Mitt Romney is not the one. Mitt Romney lost to President Obama in 2012. Will we allow him to once again fulfill the definition of insanity by doing the same thing all over again and expect different results? 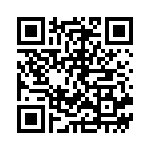