Nārada Thera (1898–1983) was born in Columbo (with the name Sumanapala), and ordained as a Buddhist monk at the age of eighteen (adopting the name Nārada).  Although he went on to fame as a promoter of Buddhism, much of his childhood education was received from Christians (his school was operated by Sri Lanka's Society for Promoting Christian Knowledge), and it was in this context that he became proficient in English.  His rise to prominence as a cosmopolitan advocate for Buddhism relied on his eloquence in English: he traveled extensively throughout Asia and the Western World.  He was a member of the 'Servants of the Buddha' society founded by the late Dr. Cassius Pereira, and one of the most prominent monks associated with the Vajirarama temple in Columbo.  In English, he published a number of Buddhist-missionary tracts, such as Buddhism in a Nutshell (1933), still widely read today. 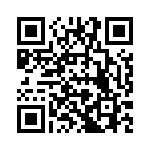