Arthur Bousfield is editor of Monarchy Canada magazine and Garry Toffoli is executive director of The Canadian Royal Heritage Trust. They have written for a number of years on royal and heritage subjects and are the authors of Royal Spring, Royal Observations, and the historical chart Canada's Kings and Queens. 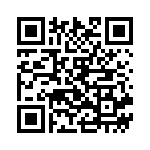