Award-winning illustrator and children's author, Quentin Blake was born in 1932. His first drawings were published in "Punch" when he was 16. He has illustrated almost 300 titles some in collaboration with famous writers such as Russell Hoban, John Yeoman and Roald Dahl. He is the creator of characters such as Mister Magnolia and Mrs. Armitage. His works have earned him numerous awards including the Whitbread Award, the Kate Greenaway Medal, the Emil/Kurt Maschler Award, the Bologna Ragazzi Prize, and in 2002 the Hans Christian Andersen Award for Illustration. In 1999, he was selected as the First Children's Laureate. 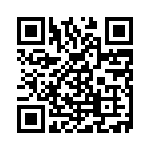