Anna Komnene (1083–1153) was the oldest child of the Byzantine emperor Alexios I Komnenos. She was engaged as a young girl to Constantine Doukas, son of the deposed Emperor Michael VII Douglas, but for reasons which are unclear, the marriage did not take place, and she instead married Nikephorous Bryennios, a member of a prominent aristocratic family from the western part of the empire. Both Anna and her husband became increasingly visible at Alexios' court in the latter part of his reign, and on his death, actively considered taking the throne at the expense of her younger brother, John II Komnenos. Anna suffered internal exile as a result in a lavishly endowed convent.

Peter Frankopan (editor/introducer) is the New York Times bestselling author of The Silk Roads, The New Silk Roads, and The First Crusade. He lives in Oxford, England, where he is a professor of global history at Oxford University. 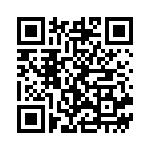