Stephen D'Arcy is an associate professor of philosophy at Huron University College, Western University. A long-time social activist and protest organizer, he teaches and writes about democratic theory and practical ethics. 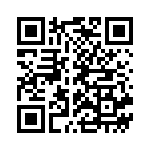