Carol Daniels is a journalist who became Canada’s first Aboriginal woman to anchor a national newscast when she joined CBC Newsworld in 1989. Her work has since earned several awards, including the 2009 National Aboriginal Achievement Award. Her poetry and short fiction have been included in several anthologies. This is her first novel. Find out more at www.caroldaniels.ca. 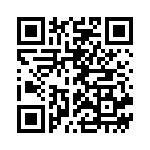