Page xiii - We have said already that it is far more than entertainment and leisure time activities. It is the bone and flesh of a society from which the spirit emanates and soars — or falls. Popular culture is the way of life in which and by which most people in any society live. In a democracy like the United States, it is the voice of the people — their practices, likes, and dislikes — the lifeblood of their daily existence, a way of life. The popular culture is the voice of democracy, speaking and...
Appears in 6 books from 1999-2006

Marc Oxoby received his BA from San Jose State University and now lives in Reno, Nevada, where he is a doctoral candidate in the University of Nevada, Reno English Department. He has worked as a disc jockey and as the editor of the small-press literary journal CRiME CLUb. He currently teaches English and Humanities classes at UNR. A regular contributor to the scholarly journal Film and History, he has also written for several other periodicals, as well as for The St. James Encyclopedia of Popular Culture and The International Dictionary of Films and Filmmakers. 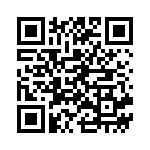