I like to come back to the history of journalism from time to time. It's just one of those areas where it's easy to get exasperated with the state of the business now and get romantic about the way ... Read full review 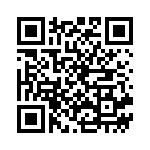