Freaks: myths and images of the secret self

Leslie A. Fiedler, a literary critic, was a professor of English at the State University of New York, at Buffalo. His well-known preoccupation with social and psychological issues emerged with Love and Death in the American Novel (1960), which became a major critical text of the 1960s. In this book he argued that American writing has been shaped by an inability to portray mature sexual relationships and by an underlying fear of death. Fiedler admonished critics, teachers, and readers of literature to connect text and context-to consider a poem, for example, as the sum of many contexts, including its genre, the other works of the author, the other works of his time, and so forth. Fiedler's notions of moral ambiguity echo Matthew Arnold's focus on art as criticism of life, but with an energy and style peculiar to himself. Fiedler depended greatly on generalizations (usually unexpected), making his critical remarks reflect broader considerations. 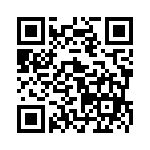