If you are interested in the American Revolution, the War of 1812, and/or the American Civil War, this book is a must read. It is a very easy to read for a nineteenth century book. It is more more about political science than actual tactics, even though the author was a tactical genius of the first order. At this time (Dec. 31, 2010) many are thinking about American military policy and how it needs to change in the future, a study of the ideas of Emory Upton would enrich the national discussion.
General Emory Upton (1839-1881) was a Civil War hero, largely responsible for the Union Army successes at Spotsylvania in May 1864. A great tactician, I believe he could have beaten Nathan Bedford Forest at chess in five moves.
On the negative side, Upton doesn't appreciate the effect of the McCormick reaper upon American warfare. Prior to the mechanization of American agriculture in the 1850's, large professionalized armies were impossible. The reliance of Washington or Jackson on militia had as much to do with feeding an army as it did with popular attitudes toward the military.
On the positive side, Upton must be studied if we are to get beyond the mythology which surrounds the American Civil War. Military success and failure arises from careful observation and analysis, to Upton. If the nation must fight wars, the nation has an obligation to act intelligently to husband human life and minimize suffering.
A person who hates war and is concerned with democratic governance will like Upton. Upton observes a long war tends to lead a government into despotism, but despotism doesn't increase military effectiveness.
Download on you e-book and read at your leisure.

Page 31 - States, or any of them, nor emit bills, nor borrow money on the credit of the United States, nor appropriate money, nor agree upon the number of vessels of war to be built or purchased, or the number of land or sea forces to be raised, nor appoint a commander in chief of the army or navy, unless nine States assent to the same...
Appears in 445 books from 1782-2008
Page 31 - ... office — appointing all officers of the land forces, in the service of the United States, excepting regimental officers — appointing all the officers of the naval forces, and commissioning all officers whatever in the service of the United States — making rules for the government and regulation of the said land and naval forces, and directing their operations. THE United States in Congress assembled shall have authority to appoint a committee, to sit in the recess of Congress, to be denominated...
Appears in 363 books from 1796-2008
More
Page 30 - States in congress assembled, for the defence of such State or its trade; nor shall any body of forces be kept up by any State in time of peace, except such number only as, in the judgment of the United States in congress assembled, shall be deemed requisite to garrison the forts necessary for the defence of such State...
Appears in 474 books from 1783-2008
Page 393 - I have heard, in such a way as to believe it, of your recently saying that both the Army and the Government needed a Dictator. Of course it was not for this, but in spite of it, that I have given you the command. Only those Generals who gain successes can set up dictators. What I now ask of you is military success, and I will risk the dictatorship.
Appears in 455 books from 1857-2008
Page 393 - I have done this upon what appear to me to be sufficient reasons. And yet I think it best for you to know that there are some things in regard to which, I am not quite satisfied with you. I believe you to be a brave and skilful soldier, which, of course, I like.
Appears in 211 books from 1857-2008
Page 31 - The United States in congress assembled shall also have the sole and exclusive right and power of regulating the alloy and value of coin struck by their own authority, or by that of the respective states: fixing the standard of weights and measures throughout the United States...
Appears in 586 books from 1803-2008
Page 306 - I think the movement is a general and concerted one, such as would not be if he was acting upon the purpose of a very desperate defence of Richmond. I think the time is near when you must either attack Richmond or give up the job and come to the defence of Washington.
Appears in 161 books from 1863-2008
Page 227 - I deem it proper to say that the first service assigned to the forces hereby called forth will probably be to repossess the forts, places, and property which have been seized from the Union...
Appears in 260 books from 1832-2008
Page 441 - States shall be invaded, or be in imminent danger of invasion, from any foreign nation or Indian tribe, it shall be lawful for the president of the United States...
Appears in 198 books from 1803-2008
Page 384 - As I understand, you telegraphed General Halleck that you cannot subsist your army at Winchester unless the railroad from Harper's Ferry to that point be put in working order. But the enemy does now subsist his army at Winchester, at a distance nearly twice as great from railroad transportation as you would have to do without the railroad last named.
Appears in 105 books from 1858-2008
Less 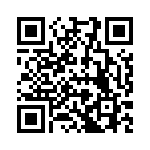