Page 1
Antonio , his brother , the usurping duke of Milan . Ariel , an airy spirit . Ferdinand , son to the king of Naples . IRIS , GONZALO , an honest old counsellor of Naples . CERES , ADRIAN , Juno , spirits .
Page 2
Twelve years since , Miranda , twelve years since , If this might be a brother . ... being an enemy Was duke of Milan ; and his only heir To me inveterate , hearkens my brother's suit ; A princess ; - no worse issued .
Page 3
I thus neglecting worldly ends , all dedicate To closeness , and the bettering of my mind With that , which , but by being so retir'd , O'er - priz'd all popular rate , in my false brother Sit Awak'd an evil nature ; and my trust ...
Page 8
.Ant . 0 , ' twas a din to fright a monster's ear ; ' Tis true , my brother's daughter's queen of Tunis ; To make an earthquake ! sure it was the roar So is she heir of Naples ; twixt which regions Of a whole herd of lions .
Page 56
Enter Sir Toey Berch , and Mana . Enter Viola , Captain , and Sailors . Sir To . What a plague means my niece , to take the l'io . What couutry , friends , is this ? death of her brother thus ? I am sure , care's an enemy Cap .
Next »

Omg I Finally Got Helped !! I'm so excited right now, I just have to share my testimony on this Forum.. The feeling of being loved takes away so much burden from our shoulders. I had all this but I made a big mistake when I cheated on my wife with another woman and my wife left me for over 4 months after she found out.. I was lonely, sad and devastated. Luckily I was directed to a very powerful spell caster Dr Emu who helped me cast a spell of reconciliation on our Relationship and he brought back my wife and now she loves me far more than ever.. I'm so happy with life now. Thank you so much Dr Emu, kindly Contact Dr Emu Today and get any kind of help you want.. Via Email emutemple@gmail.com or Call/WhatsApp cell number +2347012841542
Https://web.facebook.com/Emu-Temple-104891335203341

Page 365 - Once more unto the breach, dear friends, once more ; Or close the wall up with our English dead ! In peace, there's nothing so becomes a man As modest stillness and humility : But when the blast of war...
Appears in 399 books from 1803-2008
Page 253 - Is this a dagger which I see before me, The handle toward my hand ? Come, let me clutch thee. I have thee not, and yet I see thee still. Art thou not, fatal vision, sensible To feeling as to sight ? or art thou but A dagger of the mind, a false creation, Proceeding from the heat-oppressed brain ? I see thee yet, in form as palpable As this which now I draw. Thou marshall'st me the way that I was going ; And such an instrument I was to use. Mine eyes are made the fools o...
Appears in 508 books from 1784-2008
More
Page 365 - That those, whom you call'd fathers, did beget you ! Be copy now to men of grosser blood, And teach them how to war! — And you, good yeomen, Whose limbs were made in England, show us here The mettle of your pasture ; let us swear That you are worth your breeding : which I doubt not; For there is none of you so mean and base, That hath not noble lustre in your eyes. I see you stand like greyhounds in the slips,* Straining upon the start. The game's afoot ; Follow your spirit : and, upon this charge,...
Appears in 318 books from 1803-2008
Page 305 - Richard ; no man cried, God save him; No joyful tongue gave him his welcome home : But dust was thrown upon his sacred head ; Which with such gentle sorrow he shook off, — His face still combating with tears and smiles, The badges of his grief and patience ; — That had not God, for some strong purpose, steel'd The hearts of men, they must perforce have melted, And barbarism itself have pitied him.
Appears in 326 books from 1762-2008
Page 287 - This England never did, (nor never shall,) Lie at the proud foot of a conqueror, But when it first did help to wound itself. Now these her princes are come home again, Come the three corners of the world in arms, And we shall shock them : Nought shall make us rue, If England to itself do rest but true.
Appears in 435 books from 1803-2007
Page 265 - I have lived long enough : my way of life Is fall'n into the sear, the yellow leaf ; And that which should accompany old age, As honour, love, obedience, troops of friends, I must not look to have ; but, in their stead, Curses, not loud but deep, mouth-honour, breath, Which the poor heart would fain deny, and dare not.
Appears in 367 books from 1788-2008
Page 252 - We still have judgement here; that we but teach Bloody instructions, which, being taught, return To plague the inventor. This even-handed justice Commends the ingredients of our poison'd chalice To our own lips. He's here in double trust; First, as I am his kinsman and his subject, Strong both against the deed; then, as his host, Who should against his murderer shut the door, Not bear the knife myself.
Appears in 168 books from 1803-2008
Less 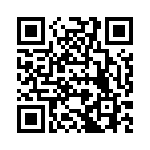