Page 18
When , however , we saw him , my poor men found him ill to deal with We lit a fire , offered some of the cheeses in sacrifice , ate others of them , and then sat waiting till the Cyclops should come in with his sheep .
Page 455
The Hearth Fire JOHN GREENLEAF WHITTIER 5 IO 15 We piled , with care , our nightly stack Of wood against the chimney back – The oaken log , green , huge , and thick , And on its top the stout backstick ; The knotty forestick laid apart ...
Page 525
办、 Fire and Ice Some say the world will end in fire , Some say in ice . From what I've tasted of desire I hold with those who favor fire . But if it had to perish twice , I think I know enough of hate To say that for destruction ice ... 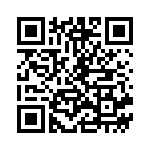