Vik Muniz was born in Săo Paulo, Brazil in 1961. He currently lives and works in New York City. He is tremendously prolific, having had five major international solo shows in the U.S., Spain, Japan, Italy, and Brazil in the past year alone. He is the subject of a recent documentary film, The Worst Possible Illusion, which aired in film festivals and on PBS. 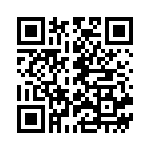