Henry Austin Dobson was born on January 18, 1840 at Plymouth. He was employed in the Board of Trade from 1856-1901. He started writing original prose and verse around 1864 under the name Austin Dobson. His collections of poetry include Vignettes in Rhyme, Proverbs in Porcelain, Old-World Idylls, and Sign of the Lyre. After 1885, he wrote mostly critical and biographical prose. He wrote biographies of Henry Fielding, Thomas Bewick, Richard Steele, Oliver Goldsmith, Horace Walpole, and William Hogarth. His other works during this time include Four Frenchwomen, Eighteenth-Century Vignettes, and The Paladin of Philanthropy. He died on September 2, 1921. 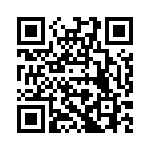