Edward George was born and raised in London, and read Spanish and Portuguese at the University of Bristol. In 1996 Bristol awarded him a scholarship to carry out a PhD in Cuban and Angolan history, and this book is the result of the eight years of research which followed. During that time he lived in Havana for over a year, and travelled for six months around South Africa and Angola, visiting some of the remotest parts of the war zone. Dr George is the Cape Verde author for the Economist Intelligence Unit (EIU), and is a freelance writer on the politics, economics and history of Latin America and sub-Saharan Africa. 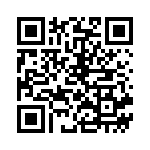