John Harte is a Professor of Ecosystem Sciences at the University of California, Berkeley. Following undergraduate studies at Harvard and a doctoral degree in Physics from the University of Wisconsin, he was an NSF Postdoctoral Fellow at CERN, Geneva and an Assistant Professor of Physics at Yale. His research interests include climate-ecosystem interactions, theoretical ecology, and environmental policy. He is the recipient of a Pew Scholars Prize in Conservation and the Environment, a Guggenheim Fellowship, the 2001 Leo Szilard prize from the American Physical Society, the 2004 UC Berkeley Graduate Mentorship Award, a Miller Professorship, and is a co-recipient of the 2006 George Polk award in journalism. He is an elected Fellow of the California Academy of Sciences and the American Physical Society. He has also served on six National Academy of Sciences Committees and has authored over 190 scientific publications, including seven books. 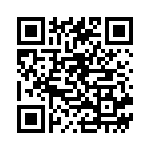