Neil Walker is Professor of European Law in the Department of Law at the European University Institute, Florence. He has made well-known contributions to questions of transnational constitutional theory as well as to the study of policing and security. He has recently edited Europe's Area of Freedom, Security and Justice (2004) and Relocating Sovereignty (2006). 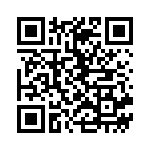